If you’ve heard much at all about Bait, the breakthrough feature of British filmmaker Mark Jenkin, it’s likely concerned the anachronistic means by which he’s constructed the experimental drama. Shot on a hand-cranked Bolex camera in black-and-white 16mm, then hand-processed by Jenkin himself with an assortment of unusual materials that lend scratchiness to the images, the film offsets potential accusations of gimmickry in making these aesthetic choices relevant to evoking something specific about where it’s set, an unnamed fishing village in the county of Cornwall in southwest England. As writer Ian Mantgani describes in his review for Sight & Sound, the film “feels pounded into existence by hand, or possibly belched up the angry sea.”

Bait looks and plays like something unearthed from the depths of the British Film Institute’s archives that just so happens to feature contemporary fashion and vehicles, with the odd reference to the news of the day in the UK—a brief radio excerpt in one scene, that has a newsreader discuss Britain’s attempted departure from the European Union, has inevitably seen the film discussed under a broad banner of so-called “Brexit cinema.”

The film premiered at the Berlinale Forum and opens across the UK on 30 August, distributed by the BFI and screening from 35mm at select venues. Ahead of that release, Jenkin spoke in-depth to Filmmaker about the strict limitations he imposed upon himself, shooting on film and doing so for cheap, abstaining from using location sound, hand-processing, how the film plays overseas and why directors have a responsibility to experiment with the artform…

Founded in 1946, Switzerland’s Locarno Festival is one of the world’s longest-running film festivals, known for its arthouse-favouring programming, extensive retrospectives and nightly open-air screenings in the Piazza Grande, which can seat 8000 spectators. The latter is by no means the only venue, but it’s the one most associated with the festival. Having attended for the first time last year, we often recall the memory of seeing Ethan Hawke’s directorial effort Blaze amid a rare torrential downpour in the otherwise scorching town.

Taking place by Lake Maggiore at the southern foot of the Swiss Alps, Locarno can be quite pricey to attend because almost none of the food on offer is cheap, but the very welcoming atmosphere makes up for a lot. The intermingling of public, industry and press attendees every night, particularly at select pubs open until 3am, is unlike any other festival we’ve experienced. Where else might you see Béla Tarr exit an otherwise amicable-seeming conversation with Pedro Costa with a “fuck off” before getting in a car? Hopefully that’s how he says goodbye to everyone…

Full feature for The Skinny

John Waters may not have writ­ten or direct­ed a new film in 15 years, but the mul­ti-faceted artist and queer icon – crowned ​“The Pope of Trash” for his trans­gres­sive cult movies like Pink Flamin­gos (1972), Female Trou­ble (1974) and Poly­ester (1981) – is always up to some­thing.

A ret­ro­spec­tive of his visu­al arts career, titled Inde­cent Expo­sure, was exhib­it­ed in his native Bal­ti­more in 2018. He’s also a pro­lif­ic writer, with his fourth book in the last decade, Mr. Know-It-All: The Tar­nished Wis­dom of a Filth Elder, released in the UK this September…

Full interview for The Face 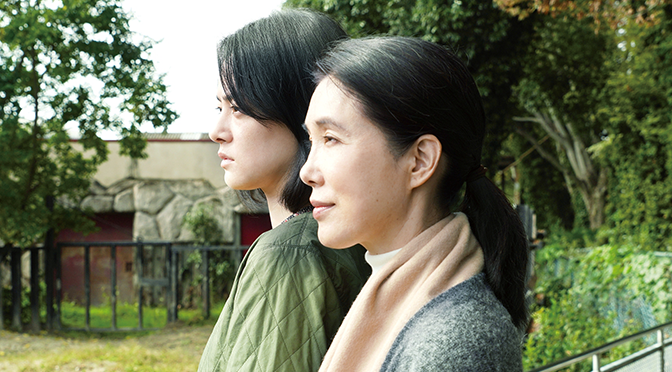 In Fukada Kōji’s Harmonium (2016), Tsutsui Mariko played a woman whose life was destroyed by tragic circumstances beyond her control. In this reunion of the actor and writer-director, Tsutsui is working in a similar mode, including playing someone before and after a significant time jump. Here, those timelines are presented in parallel, tracking, to largely deft effect, a transformation from a compassionate, pragmatic individual to a vengeful soul who’s lost everything…

As Animals begins, hard-partying Laura (Holliday Grainger) and Tyler (Alia Shawkat) have been tearing up the streets of Dublin for 10 years. But 32-year-old Laura finds herself at a crossroads where changing her manner of living sounds pretty tempting: she wants to finally write more of the novel she’s barely progressed with over several years; her tamed wild child sister’s pregnancy has her freaking out; and she strikes up a romance with Jim (Fra Fee), a classical pianist with an increasingly teetotal way of life. Tyler, meanwhile, who’s perfectly content with the single lifestyle and continued debauchery, finds herself at odds with the attempts at growth of the one person to whom she is attached…

If you have any awareness of sword-and-shield combat as a modern-day exercise, there’s a strong chance you’ve probably confused it with LARPing (live action role-playing). Medieval combat, however, is a real full contact sport, with a growing number of practitioners globally. Participants engage in competitive fights with historically accurate reproductions of medieval armor and blunted weapons, following period tournament rules (for the most part).

Fighting the misconception that their grueling, dangerous sport is just a LARP offshoot is among the many battles the modern medieval knight faces outside of the ring. “I think every single person that’s not in that world thinks it’s that,” says Ryan Heron, director of the documentary Bludgeon. I spoke to him and co-director Andy Deere at the Edinburgh International Film Festival. Their film explores the medieval combat scene via the Steel Thorns, the premier team from the Taranaki region of New Zealand, as they work toward representing their country in the world championships in Denmark…