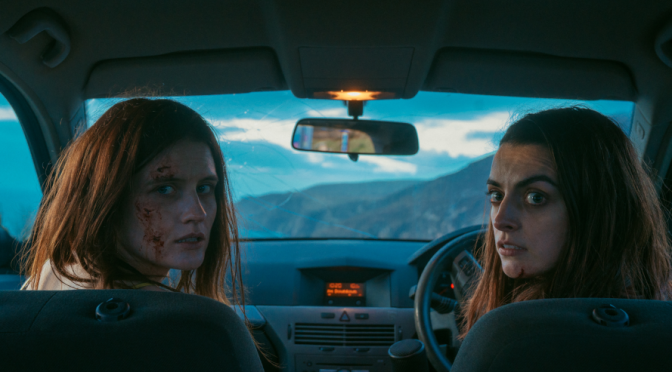 The title of Cathy Brady’s debut feature, Wildfire, references how rumours and malice spread, but also the intensity of potential damage once a dangerous spark is lit.

Inseparable sisters raised in a small town on the Irish border, Lauren and Kelly faced a devastating loss as children with the mysterious death of their mother, their father having also previously perished in a fatal bombing. Now adults, their bond is about to intensify further as the spectre of mental illness that surrounded their late mother remains thick in the air, thanks to town gossip that’s never really faded.

After a year of being missing, presumed dead, Kelly (Nika McGuigan, who sadly died at 33 from cancer during post-production) returns to Northern Ireland amid Brexit border uncertainties on the news. Her own erratic and distressing behaviour chips away at the façade of normality that Lauren (Nora-Jane Noone) is barely maintaining.

Talking to us ahead of the film’s UK and Irish release, writer-director Brady and star Noone discuss the unique way in which their drama came together…