The 3D boom that launched the decade is in its dying days. While many blockbusters still open with 3D versions, and James Cameron’s upcoming Avatar sequels should give the format a major boost, the numbers back up the decline. Eye-popping images aren’t the sell they were in 2009.

What’s lost as 3D fades into cultural irrelevance? Numerous directors, from Martin Scorsese to Wim Wenders, extolled the virtues of the visual gimmick, but the format also reshaped actors — or could have if given the room to evolve. In the first decade of 3D blockbusters, big names like Will Smith or Sandra Bullock were strapped into what were essentially theme park rides, the technique more of a marquee attraction rather than a lens through which to navigate around performances. We never got to the moment where 3D became a tool for actors.

There is a notable exception, however, and it concerns two films that exist in a specific subgenre: Nicolas Cage driving dangerous vehicles after escaping from hell… 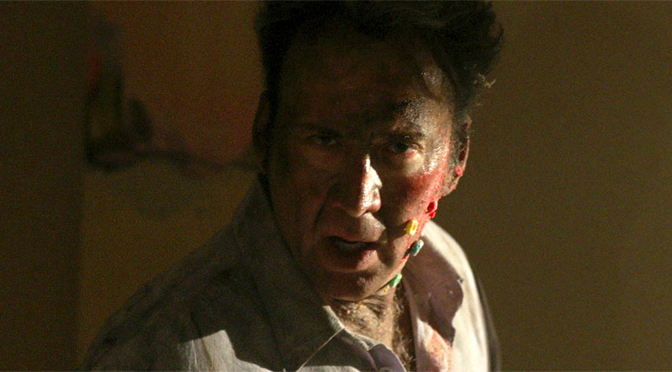 “My relationship with my parents was great. I never felt like they wanted to kill me. They disguised that very well.”

Although the above may sound like we’re acting as a therapist to American filmmaker Brian Taylor, who’s speaking to us by phone from Los Angeles, the question of his relationship with his parents is a fitting one. It’s central to the premise of his new horror comedy Mom and Dad starring Nicolas Cage and Selma Blair, which is concerned with a mysterious mass hysteria that breaks out across the USA, causing parents to turn homicidal towards their children. Not all children, but specifically their own kids…

For fans of a certain brand of cinematic maximalism, it’s been much too long – six years, in fact – since the directing duo known as Neveldine/Taylor (the Crank series) brought to the screen a dose of their signature high concept madness. Mark Neveldine went solo with religious horror The Vatican Tapes in 2015, but Brian Taylor’s partner-free return to the directing chair, Mom and Dad, is much more in line with the duo’s earlier collaborations.

And what a high concept he has here. A mass hysteria of unknown origin breaks out across the USA, causing parents to turn violently on their children. Not all children, but specifically their own kids; unless one is actively trying to prohibit their attempts at murder, a rampaging parent will generally leave any young person who’s not their progeny well alone.

It’s George A. Romero meets the modern family, and, crucially, Taylor (also the writer) skips any gradual escalation for the chaos. Hostility is always at the heart of the family unit, it’s just usually covered up with a veneer of performative benevolence…