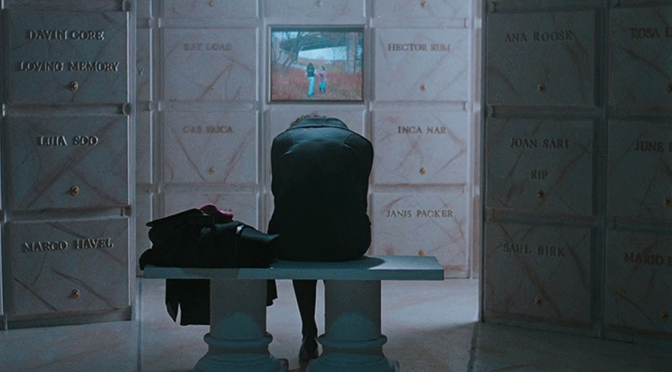 Excluding contributions to anthology films, Canada-based auteur Atom Egoyan has nearly 20 feature credits to his name as a director. But Egoyan’s work also extends to theatre, opera, art installations and music. While footage of some of his installations can be found on YouTube, and a number of his shorts have a home among the extras on disc releases of his features, a full portrait of him as an artist working across multiple fields is nigh on impossible to achieve without access to any archives the man himself might have.

In terms of content, something that may potentially put off newcomers to Egoyan’s work are the hermetic worlds in which many of them, particularly his early string of features, operate. Intense emotions are repressed and human interaction is often communicated through transmitted images. Before Exotica (1994) and the twice Oscar-nominated The Sweet Hereafter (1997) brought him wider recognition and commercial success, Egoyan, alongside fellow Canadian David Cronenberg, was one of North American cinema’s key chroniclers of life in the developing video age, where the nature of human relationships radically altered in the wake of technology’s expanding role in our lives. Bureaucracy and other power structures also tend to isolate characters in his films. They are about alienation and so can be alienating…

Full feature for the BFI