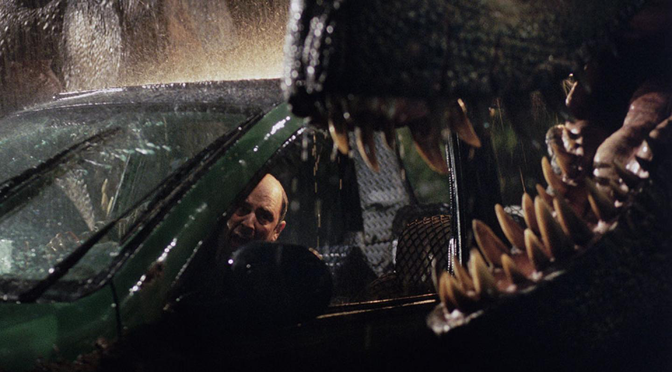 Twenty years on from its summer ’97 release, any reverence for The Lost World: Jurassic Park is largely restricted to people holding up for it as the best of the franchise’s sequels. Which is perhaps fair and certainly understandable, especially given that directors Joe Johnston and Colin Trevorrow, the series’ most recent torch bearers, have not managed to deliver a set-piece as thrilling as anything from Steven Spielberg’s predecessors.

Speaking as someone who has seen the film many times over the last 20 years, I can’t make the case for The Lost World being an overlooked classic. But it remains a fascinating film; essentially dino-based riff on Howard Hawks’ 1962 safari movie Hatari!, it abandons the wonderment of Spielberg’s original in favour of a more macabre and cynical worldview. Growing up, it had an unexpectedly profound effect on me… 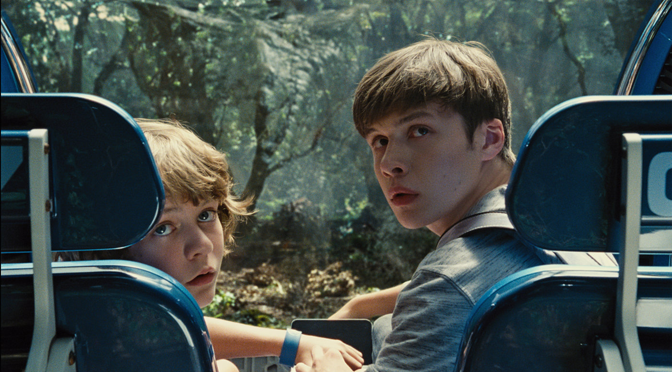 In one early sequence of Jurassic World, the apathetic older brother (Nick Robinson) of a pair of kids visiting the now fully-functional dinosaur theme park suddenly expresses a degree of amazement at the sight of a prehistoric leviathan chomping on a shark, primarily because his sibling (Ty Simpkins) has knocked his smart phone out of his hand and forced him to focus on the wonders in front of them. One of several self-referential nods throughout Jurassic World implies that “no one’s impressed by a dinosaur anymore,” so the people behind the park decide to create, with genetic splicing, a bigger, badder beast to drive attention and profits.

It’s something that can easily be read as a wink-wink dig at the way Hollywood special effects generally lack much of a wow factor two decades on from Steven Spielberg’s original Jurassic Park, and how the solution for many studio heads seems to be to use CGI to create even bigger spectacles for hopeful blockbuster behemoths. Much as an expensive box office bomb might prove disastrous for financiers who’ve thrown everything at the wall to see what sticks, Jurassic World’s new attraction – hybrid dino Indominus Rex – runs amok and causes havoc pretty much immediately.